British or American English? Which to choose when developing a curriculum 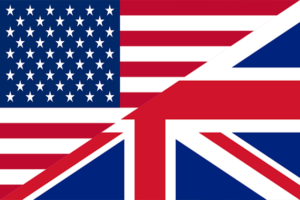 British or American English? Which to choose when developing a curriculum.

English is the most popular language to learn as a second language1 and is being studied by millions of people all around the world. So if you’re facing the task of developing a curriculum from scratch, you’ll undoubtedly have to decide whether to use British or American English for the entire curriculum. This is a tough decision, and there’s no quick answer to this question, since there are several factors to take into account.

Before we delve into the different factors that would help a teacher decide whether to prioritise British or American English, let’s quickly recap what the main differences are. It boils down to variations in pronunciation, regional accents, spelling, and vocabulary (including idioms). Undoubtedly, many a Brit has had a little giggle when hearing an American visitor struggle with the pronunciation of places like Leicester Square or Worcestershire, but so have many Brits have also been rendered speechless when trying to understand Americans from places like the deep south when speaking in their fully-fledged southern drawl and local slang. Yet, they are both native speakers of the same language! However, we’ve purposefully included two extreme examples, and most of the time North Americans and Brits wouldn’t have any problems communicating with each other.

As far as basic vocabulary goes, it’s important to know that after analysing the 5,000 most common words used in American and British English, studies have found that an overwhelming majority of these are the exact same words2. Spelling differences are also fairly limited, and these can easily be summarised and learnt (or summarized and learned if you prefer the American spelling). It’s important to note that in terms of native speakers, North Americans do outnumber the Brits: approximately 250 million against 54 million.3

Location of the ESL class

A very important consideration is the geographical location of the place the curriculum is to be implemented. Students in Europe are more often presented with a British English curriculum because of its vicinity to Britain, and this is also common in countries that have had close ties to Britain such as India, the West Indies and some African countries. On the other hand, in many Central and South American countries, teachers as well as students give preference to American English because there is more interaction with the US and Canada. It goes without saying that if you’re teaching ESL in North America itself, you’d develop an American English curriculum, and a British English curriculum when teaching in Britain.

Another key aspect to consider is the reason why the ESL learners are learning English, since these can vary widely. They could be children just learning English as part of their standard school curriculum without any specifically defined future purpose other than being able to read in English and communicate with other people that don’t speak their native language. What about if the learners are staff working at a hotel in Spain that primarily works with British tourists? Or they could be university students preparing for a career in international diplomacy. If they’re studying for an international test such as IELTS, TOEFL or one of the Cambridge tests, either option works as long the student is consistent throughout the exam.4 It’s plain to see that considering learner objectives can have a huge influence on your decision.

Whichever of the two options you decide to go with, it’s important to remember that the focus of teaching English is always about facilitating communication, and not about making the student sound exactly like a North American or a Brit, which is very hard to achieve anyway unless they’re in an immersive English-language environment from a very young age. Lastly, it’s vital to ensure they do at least have some exposure (especially through audio or video to practise their listening comprehension) to other types of English, including native speakers from Australia, New Zealand South Africa, as well as non-native speakers of English. This way you’d be meet your goal of helping students on their way to becoming true global citizens that can successfully communicate with any of the 1.5 billion English speakers in the world!